Love can surpass all obstacles, and the love between boys is more and more accepted by people. The Chinese BL novels have brought this concept into full play.

Have you read BL(Danmei) novels or drama?

"Are You Addicted/你丫上瘾了" is one of the most popular and famous Chinese bl novels written by Chai Jidan.

Born into a military family, he is fit, loyal and strong.

But in fact, his emotional investment in Gu Hai is much more than on the surface.

Are You Addicted Drama

Since childhood, Bai Luoyin has lived with his bewildered father Bai Hanqi and grandparents.

At the age of 16, his mother Jiang Yuan was going to remarry and marry Gu Weiting, a senior military officer.

At the same time, Gu Weiting’s son Gu Hai has always held a grudge against his father due to his mother’s death.

The two conflicting brothers were in the same class by chance, and over time, they gradually developed different emotional stories.

"Take medicine if you are sick!" "You are the medicine."

Don't take my patience as your shameless capital

The arrogant grandson of the commander of the military region, Shan Jun.

A confrontation, he enters the play, but others are not in the play.

The strict military compound, the passionate roof and loft,

Shan Jun couldn’t help struggling, but he couldn’t help being attracted by the opponent.The dangerous emotional game is gradually out of control...

Love him and help him win a medal.

"The Founder of Diabolism/魔道祖师" is a very good Chinese BL novel of ancient Danmei Xianxia.

He is cold and unsmiling, doesn't like talking to people. 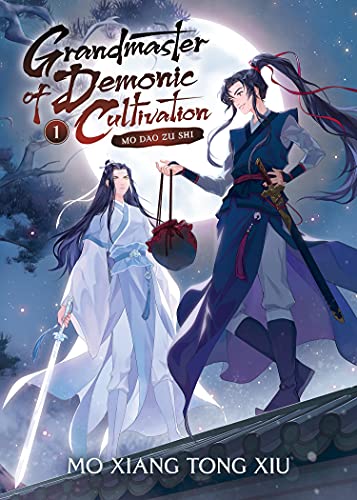 "Silent Reading/默读" is a Danmei web novel written by priest.

In short: suspenseful cases that happened one after another, making Luo Wenzhou horrified to discover that there are ghosts in the police station, and all kinds of strange people and things are connected in series.

Using the protagonist’s love story as the lead, step by step exposes the darkness of society.

"The Emperor's Strategy/帝王攻略" is an ancient Chinese BL novel.

The novel is about the love and hatred between the young emperor Chu Yuan and the southwest King Duan Baiyue.

In the troubled times, the two supported each other, led thousands of soldiers on the bloody battlefield, in exchange for the integrity of the country and the health of the people.

Country is my responsibility, you are my concern.

If you like Chinese animation(donghua), then you can watch it on these animation websites.

6. Forced to Marry the Enemy Prince

"Forced to Marry the Enemy Prince/被迫和敌国太子联姻的日子" is a Chinese bl historical novel, with 108 chapters(Translation Completed).

To sum up: in order to survive as a child, Xian Sheng disguised as a princess, but fell in love at first sight by the prince of the enemy country during the war.

This is a comedy bl Chinese novel, with 120 chapters and 1 extra.

Almost every bl novel has such an affectionate male supporting role:

Specifically, he is sincerely infatuated with the protagonist Bottom, provides him with warmth when he is hurt by Top, and love when he is abandoned by Top.

As a love catalyst between the protagonist Top and Bottom, as a spare tire, he dedicated his light and heat without complaint.

8. Transmigrated into a Heartthrob Novel and Went OOC

This is one of the best wuxia type Chinese bl novels, with 138 chapters and 5 extras(Translation Completed).

The protagonist Fang Chaozhou travels to a Danmei(BL) novel.

However, in the original book, Fang Chaozhou loves the protagonist, the younger brother (Bottom), who is crazy in love, blocking the sword for him and killing monsters for him, but now he just wants to wash and sleep...

9. Counter Attack: Falling In Love With A Rival

At first hard-hearted, cold-blooded and ruthless, later, he was trained to become a little loyal dog with a righteous and obsessive love.

He was originally kind-hearted, then sinister and cunning.

A poor loser who took away his ex girlfriend's boyfriend after he turned into a rich and handsome man.

He is strong and domineering but gentle.

Pure, had a strict family education.

A series of funny and moving stories caused by the acquaintance between Yuan Zong, a veteran special soldier, and Xia Yao, a hot-blooded young man of criminal police.

"Feng Mang/锋芒" is a romantic Chinese bl novel, with 307 chapters and 3 Extras(Translation Completed).

He liked to tell fortunes through face. The first sight of Wang Zhongding knew that he would be with him. 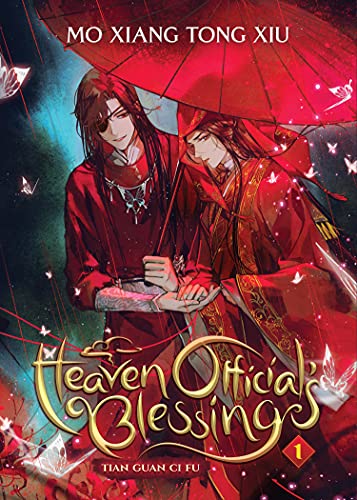 This is an ancient Chinese bl novel, with 81 chapters and 20 side stories(Translation Completed), adapted into anime and manhua.

Shen Yuan as a scum villain in the book, changing the original plot and reaping love and growth. 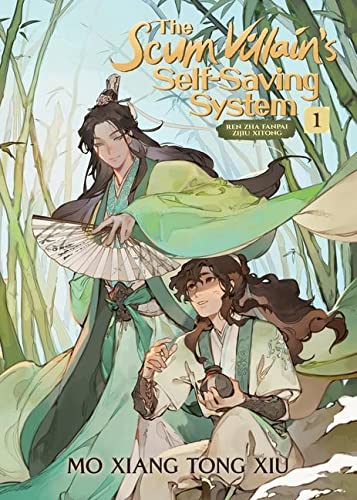 In a word: when zombies besieged the city, humans continued to be displaced under the raging virus!

It is very touching to have the righteousness of the family and the country, protect the unrecognizable home.

The author Priest introduces a niche setting "steampunk" into female web novels, using wild imagination to outline an ancient society in the steam age with grandeur.

It tells the story of Gu Yun growing up with Chang Geng, the fourth prince who was left behind, and realizing his personal ambitions.

You can watch adapted TV series on these Chinese video sites.

"军犬/Military Dog" is an adult BL novel with a full text of 60,000 characters, adapted into drama and movie.

Li Junzhong, a soldier in the army:

after he accidentally landed on the SM website and met Mr. Dt, a training master, from an ordinary straight man, step by step, he unearthed his inner desires and was trained as a pet.

For the most part, the pleasure of being deeply trapped in abuse was unable to extricate himself, and in the end he was suddenly asked to switch to a human identity, but he cannot adapt.

"The Invasion Day" is one of the best sci-fi Chinese bl novels, with 142 chapters and 1 extra.

He has an unruly personality, but reliable at critical moments.

Fu Shiwu and the whole building's neighbors were trapped in the building.

However, Tang Xuhai, a military neighbor, rescued him in distress and took him on the road to escape.

So, slowly, under the mutual support of the last days, the two people who disliked each other had different sparks.

The story begins with Gao Yunwei's love at first sight for Yang Donghui, and then strives to become his soldier.

However, after discovering that Yang Donghui is not a homosexual, he was both contradictory and unable to restrain him, and finally succeeded in pursuing the platoon leader.

19. Thousands of Miles of Smoke

"Thousands of Miles of Smoke/狼烟万里" is a sequel to "Military Compound", the two protagonists were separated for five years for various reasons.

After Zhou Haifeng, who had Shan Jun in his heart, experienced the danger of border mine clearance silently, he went to a post alone guarding a tough environment.

But Shan Jun, who had been looking for him for many years, came across Zhou Haifeng as a company commander.

Finally, the two people who had been separated for many years came together again, and all the hardships could not separate them.

It was set in Jianghai City in the 1990s, and described the underworld fighting and killing and bitter same-sex love.

"Final exile/最终流放" is a good military Chinese bl novel, the author is He Han（河汉).

Two company commanders were on the training ground, one cared very much about the soldiers' safety, but the other was indifferent.

So, the two strongest men, from the initial confrontation to the later mutual sympathy, fighting is their usual way of communication.

They are the people who know each other best, one look and one action, can accurately capture the other's thoughts.

Therefore, on the battlefield, the two men took their tacit understanding to the extreme.

"Gigolo/舞男" is a Chinese bl novel, the author is Paopao Xueer(泡泡雪儿).

Suggestion: since some Chinese bl novels have not been translated into English, you need to manually translate or wait for the novel to be translated.

But you can learn how to accurately translate Chinese novels by yourself in this article.

There is a major here: He is twenty-four years old, young and vigorous, with noble morals, and has a good military quality.

In addition to secretly falling in love with a captain, he can be called a good young man in the new era.

So things are very difficult!

Brother, is a very good relationship, very powerful, however, it is not a lover after all.

A lover is a relationship that can be integrated into the blood.

Among the 23 Chinese BL novels above, which ones will you read?

Do you have other bl Chinese novel recommendations? 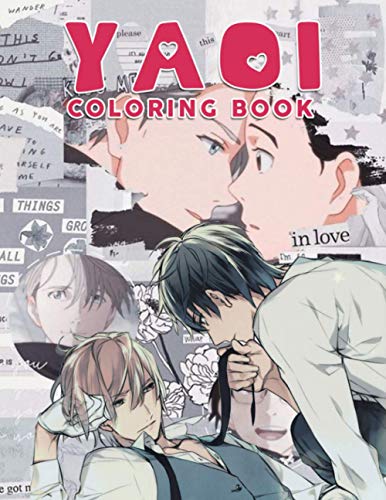 Yaoi Coloring Book: High-Quality Coloring Book With Unique Designs Of Yaoi To Unleash Your Artistic Potential, Have Fun And Leave All Your Stress Behind
$6.99
Buy Now On Amazon
Bestseller No. 2 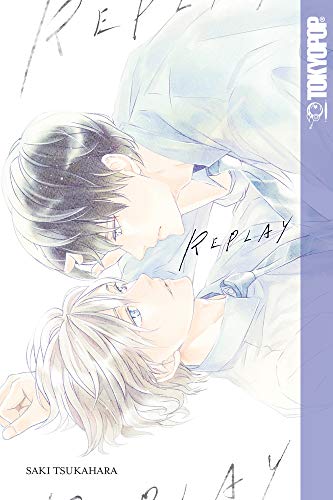 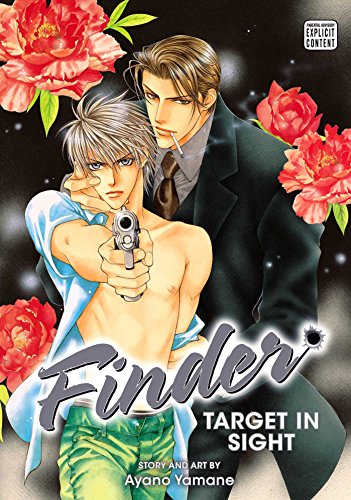 How Do You MTL Translation?

17 Best Romance Manhua/Manga to Get You in the Mood