These best dumpling cookbooks include different ways to cook dumplings, as well as dumpling folding techniques.

With these cookbooks, you'll be making enviable, delicious dumplings.

Without further ado, let's take a look at these dumpling cookbooks:

In a Hurry? Here’s Our Top Picks… 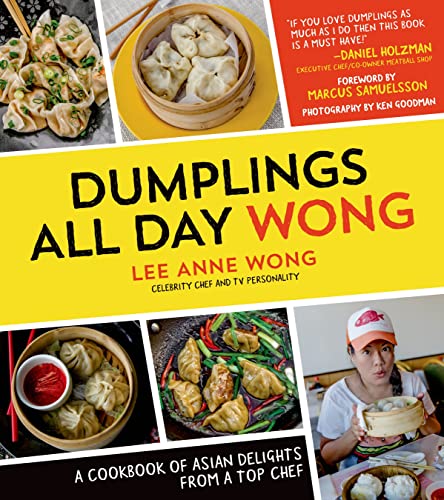 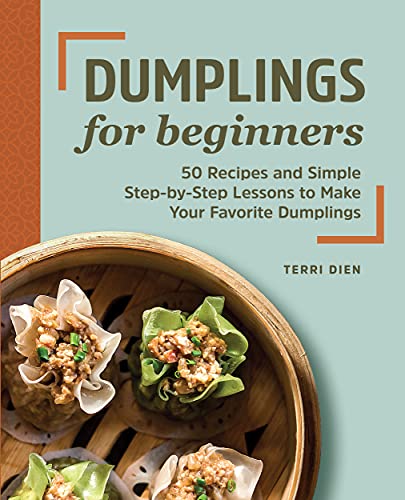 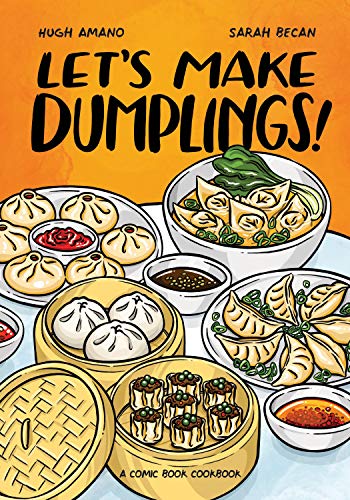 Title
Dumplings All Day Wong: A Cookbook of Asian Delights From a Top Chef
See Price On Amazon
For Beginners
Image

1. Dumplings All Day Wong: A Cookbook of Asian Delights From a Top Chef

Dumplings All Day Wong: A Cookbook of Asian Delights From a Top Chef
−11%
See Price On Amazon

Just follow the steps in Dumplings All Day Wong by author Lee Anne Wong. The author is a top chef and host of a food show.

At the beginning of this book, you will find some kitchen utensils for making dumplings. Such an introduction can quickly help you understand the entire cooking process ahead of time.

These recipes include not only Chinese dumplings such as Shumai, Har Gow, Wonton. And there are also Japanese dumplings like Gyozas.

In each recipe, there will be beautiful pictures and detailed ingredients to guide you. Check out the dumpling instruction pictures from the book below:

This dumpling cookbook also features: in the Asian Pantry section of the book, materials such as flour, sauces, oils, etc. are explained. This will help you not panic when buying raw materials in Asian supermarkets or online.

Have you ever imagined following a comic book to make dumplings? Isn't this feeling wonderful?

Created by chef Hugh Amano and comic book artist Sarah Becan, this art-inspired best Asina dumpling cookbook will transport you to the planet of dumplings.

When you read these recipes, the first thing you will be drawn to is the colorful pictures.

You will also learn how to make dumplings in the shape of a moon or a 4-pointed star. Even young children may be interested in such dumplings, and they may take the initiative to join the dumpling-making action.

Whether you choose steamed dumplings or fried dumplings, you just need to follow the simple instructions in the book to make dumplings filled with different fillings to your satisfaction.

3. Dumplings and Noodles: Bao, Gyoza, Biang Biang, Ramen – and Everything In Between 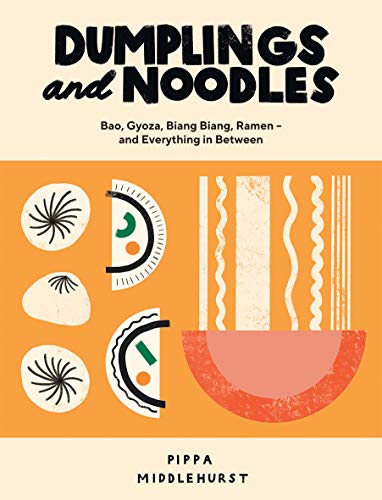 Dumplings and Noodles: Bao, Gyoza, Biang Biang, Ramen – and Everything In Between
−16%
See Price On Amazon

The author of this Dumplings and Noodles cookbook loves food very much, and at the same time she has also won the title of Britain's Best Family Chef.

So this is a very trusted cookbook.

Dumplings in this book

Even if you're a beginner, you can make any recipe you like by following the easy-to-follow guides in the book. Because every recipe in this book has step-by-step instructions and detailed pictures for each step are also added.

Steps to make dumplings in this book

In addition, the special feature of this Asian dumpling book is that you only need to choose 7-8 ingredients to make most of the recipes in the book.

Save money by eliminating the need to buy large quantities of ingredients for each recipe individually.

4. Dumplings for Beginners: 50 Recipes and Simple Step-by-Step Lessons to Make Your Favorite Dumplings

If you are a beginner with no cooking skills and want to make your own dumplings, then this Dumplings for Beginners is for you.

You'll start by learning how to make dumpling dough. (Of course, the author also specifically stated that if you don't want to make it yourself, you can also buy it from an Asian grocery store.)

Then you'll learn 5 ways to fold dumplings and how to make the best dumpling fillings.

Different dumplings in the book

In every dumpling recipe, some basics are included. All you need to do is follow the author's instructions step by step.

However, it should be noted that if you are a beginner, it is the first time to make dumplings. Then the final style of dumplings may be different from the ones in the book.

But don't worry, the dumplings are still delicious. With a little more practice, the next time the dumplings will look just as beautiful as the ones in the book. 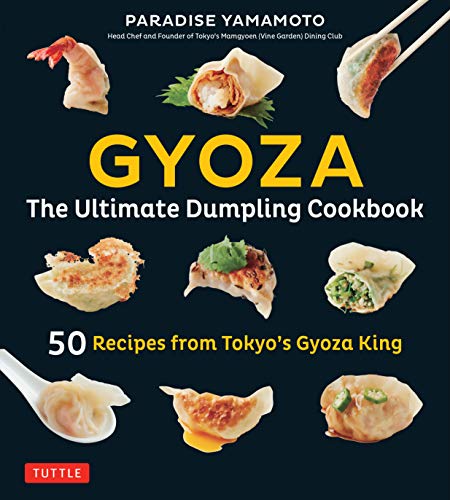 Paradise Yamamoto, the author of this best dumpling book, is known as the "Gyoza King" in Tokyo, Japan. The author's title is enough to say that this cookbook is well worth reading.

In these 50 dumpling recipes, you can try dumplings with different fillings. For example: beef stuffing, chicken stuffing, and even mango stuffed dumplings.

If you're in the mood for a vegetarian dumpling cookbook, there's a lot of inspiration to get from these recipes.

And in each recipe, the ingredients and fillings are explained in detail for you. You can also try different ways to fold the dumplings.

The simple and detailed picture guide in the book can save you a lot of time making dumplings.

How to Choose the Best Dumpling Cookbook

For the best dumpling cookbook, check to see if the book includes these:

First determine if the cookbook is all dumpling recipes at all.

If other recipes are included in the book and are related to dumplings, such as a recipe for dumpling sauce, that's fine too.

But if a book only includes a handful of dumpling recipes, then you need to think carefully.

Next, you need to consider your own cooking skills.

If you have no cooking experience, it is best to choose a more basic dumpling cookbook. If you've cooked many times, you can also choose to make more complicated dumplings.

Then we look at what each recipe in the book looks like.

Whether to include ingredients, fillings, detailed steps, and pictures.

Pictures of recipes are very important. People prefer to look at pretty pictures over text. You need to check that the pictures in the book are clear and true.

In particular, the folding method of dumplings must have detailed steps. And it is best to have pictures of each step.

Need to see if the author loves food and dumplings. This is one way of judging her/his book worth reading. It would be better if the author has years of cooking experience.

If there is some content related to dumpling recipes in the book, such as the Asian pantry, the culture of dumplings, the introduction of cooking utensils for making dumplings.

Books like this will be more interesting and give you a deeper understanding of something.

Do You Cook the Filling before Making Dumplings?

The fillings used to make dumplings in daily life are generally raw.

This ensures that the dumpling filling is slowly cooked during the subsequent cooking process. Thereby maintaining the deliciousness of the dumplings.

What are the 3 Main Ways to Cook Dumplings?

The 3 main cooking methods of dumplings are: boiled, steamed and fried.

What Kind of Flour is Best for Dumplings?

Dumplings originated in the Eastern Han Dynasty and were first created by Zhang Zhongjing, a native of Dengzhou, Henan Province, China. It has a history of more than 1,800 years.

Dumplings were used for medicinal purposes at that time. Zhang Zhongjing wrapped some cold-dispelling herbs in dough to treat diseases (mutton, pepper, etc.) to prevent frostbite on the patient's ears.

In this list of the best cookbooks, there are many different dumpling recipes for you to choose from.

And our final pick for the best dumpling cookbook is: Dumplings All Day Wong: A Cookbook of Asian Delights From a Top Chef.

Because this book focuses on making dumplings, and each recipe has some detailed ingredients, making steps. Plus there are nice pictures.

The author is also an experienced top chef.

The last part of the cookbook also includes an Asian pantry section to help readers.

Hurry up and get a dumpling cookbook that suits you, and make delicious dumplings!

23 Best Dating Books for Women: Makes You Stand Out

10 Best Chinese Cookbooks of All Time: Authentic and Functional

15 Famous Chinese Love Poems to Express Your Love and Longing